STORY OF THE DAY: THOMAS CONFIDENT HE’LL BE IN FORM FOR TOUR CAMPAIGN, EXPECTS TOUGHER FIELD THAN LAST YEAR

After his celebratory offseason and quiet spring, Geraint Thomas is rounding into form again ahead of the Tour de France.

The 33-year-old Welshman spent much of the winter in relaxation mode after his Tour win last July, but with this year’s Tour only a month away, he’s getting back to racing shape. According to The Telegraph, he feels “more confident than ever” that he will be ready to contend next month.

“I was definitely coming back slowly,” Thomas told The Telegraph. “I just didn’t want to rush it and then overdo it. But yeah, I would say it’s all worked out well now.”

Geraint Thomas at the start on the final stage of the 2018 Tour de France. Photo: ©kramon

After hardly factoring in his first few races of the season, Thomas landed on the overall podium at the Tour de Romandie in early May, which he said helped boost his confidence. Then, he headed to an altitude training in Tenerife for two weeks.

Now, he says he is only one kilogram off his optimal race weight of 67 kilograms.

The way Thomas sees it, he’ll need to be in top form against a strong field at the Tour.

“Everyone’s improving. The competition is definitely tougher this year,” he said. “I think there are a lot of guys who could potentially podium.”

Before he takes on the Tour, Thomas will have one last big race to measure his fitness. He is expected to start the Tour de Suisse, which gets underway on June 15.

Velon has put together a short but sweet highlight reel of behind-the-scenes footage from the Giro d’Italia. There’s a nice mix of on-bike video alongside shots from the team cars, team buses, finish lines, and dinner tables.

On the heels of his Giro d’Italia podium finish, Primoz Roglic is not yet sure whether he’ll ride the Tour de France.

The Giro was Roglic’s central objective for the season, but he is on Jumbo-Visma’s long list for the Tour, and is expected to recon parts of the Tour route later this month. Then, rider and team will decide whether a run at the Tour makes sense.

Italian newspaper Corriere dello Sport reports that the UCI is looking into Miguel Ángel López’s altercation with a fan at the Giro d’Italia, with a sanction for the Colombian still possible.

Miguel Ángel López takes on a short but steep climb on stage 12 of the Giro d’Italia. Photo: ©kramon

After being knocked off his bike in a collision with an unruly fan on stage 20, López took a few swipes at the spectator before remounting and continuing on. Although UCI rules stipulate that riders be eliminated from a race for acts of violence towards fans, López was not penalized by the race jury, which has led the UCI to seek further explanation from Giro officials.

Colombian climber Daniel Martínez (EF Education First) was expecting to make his Tour de France debut this July in support of compatriot Rigoberto Urán, but a crash in training could jeopardize those plans. Nuestro Ciclismo reports that Martínez took a hard fall while riding in Colombia on Monday.

The crash left him with fractures to his scaphoid, right hand, and left thumb, requiring surgery.

Sam Oomen will miss the rest of the season

Dutch up-and-comer Sam Oomen (Sunweb) is still recovering from surgery to repair a hip fracture sustained at the Giro, and his team has now announced that he has another operation on the docket in six weeks. The 23-year-old, ninth overall at last year’s Giro, will undergo surgery due to an iliac artery problem in his left groin.

According to Sunweb, doctors had been trying to treat the issue via more conservative methods to little avail, leading to a decision to go with a more permanent solution. With the surgery still over a month away and followed by a recovery period, Oomen will miss the rest of the 2019 season.

Chapeau to whomever it was on the UCI’s social team that decided to put together this small collection of mobile-sized images. If you’re looking for some cycling-themed wallpaper for your phone, it’s a fine place to start. 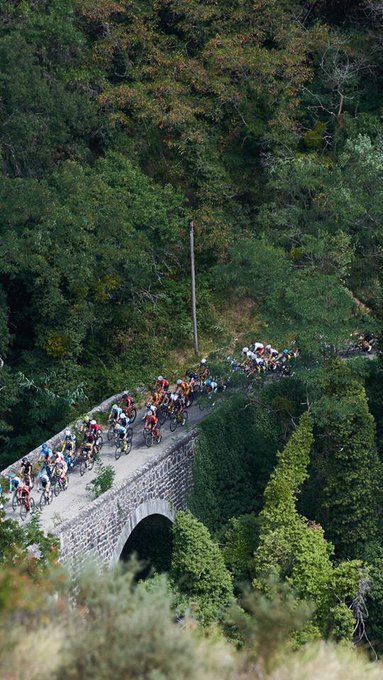 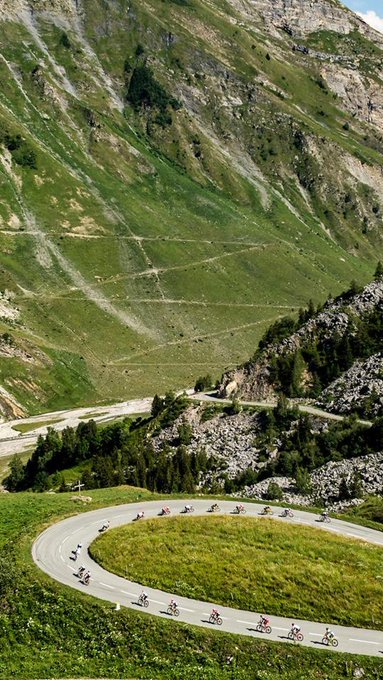 Wallpapers of the pro peloton!

Name Change: Great Team Sky will now become Team Ineos as from May 1