STORY OF THE DAY: AMERICAN UP-AND-COMER SAYS DISC BRAKE CAUSED GASH IN LEG AFTER CRASH AT U23 PARIS-ROUBAIX

American up-and-comer Matteo Jorgenson says a disc brake rotor left him with a serious gash in his leg after a crash at the under-23 Paris-Roubaix.

The 19-year-old detailed the crash via Twitter and shared photos from his hospital bed. The image of a deep leg wound is as graphic as it sounds, so be advised before you click through to see the relevant tweet.

“You can be third wheel and still get crashed,” Jorgenson wrote. “Waiting for surgery due to someone[‘s] disc rotor. Didn’t believe they could do this until it happened to me. Thankful for my parents being here.”

Jorgensen also replied to another Twitter user who pressed for clarification on how he knew it was indeed a disc brake that caused the injury.

It’s my right leg, was a right turn, rider flew up the inside just before entry, he ripped the front brake, slid into me with speed. When I got up I saw his rear rotor and my shoe completely soaked in my blood

nothing else could have cut so clean & 4cm deep

Sorry for your injuries and what lies ahead in terms of recovery BUT is there is definitive proof that a rotor did that other than conjucture?

Other notable riders have pointed to disc brakes as the cause of crash injuries in the past, and the UCI even suspended its initial trial of the tech back in 2016 following one such claim by Spanish pro Francisco Ventoso. A subsequent study suggested that the evidence of disc brakes being at fault was not conclusive.

Elsewhere at Paris-Roubaix Espoirs, British wunderkind Tom Pidcock – the reigning U23 cyclocross world champ – soloed clear in the final 20 kilometers and held on to take a convincing win in the velodrome. 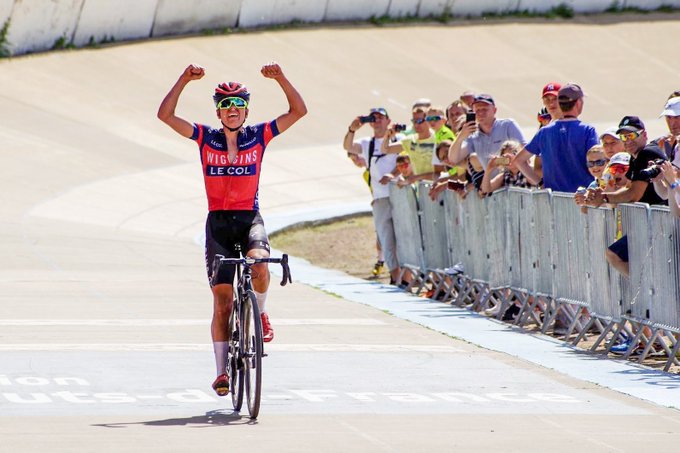 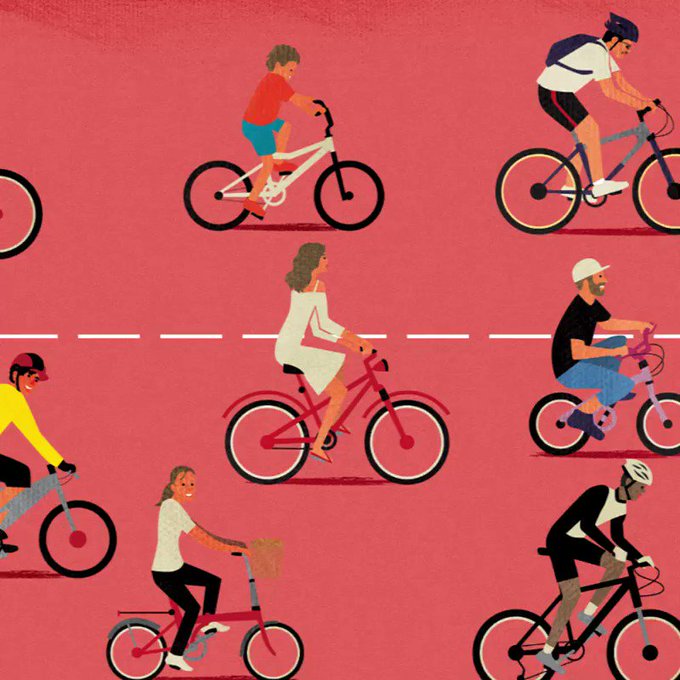 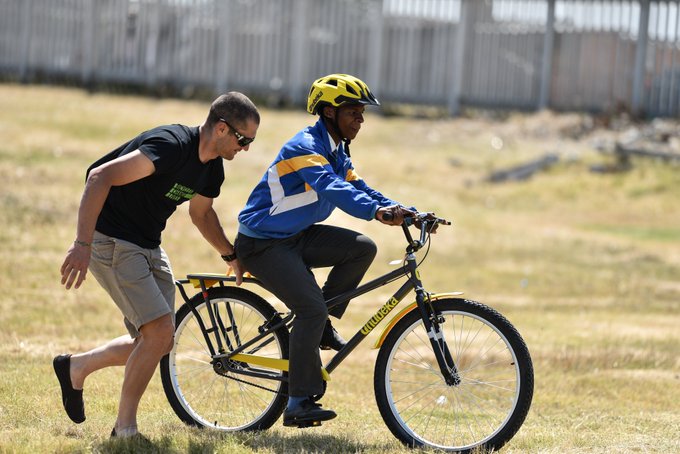 At @TeamDidata, we believe #BicyclesChangeLives.
A bicycle is a tool that helps people move forward. 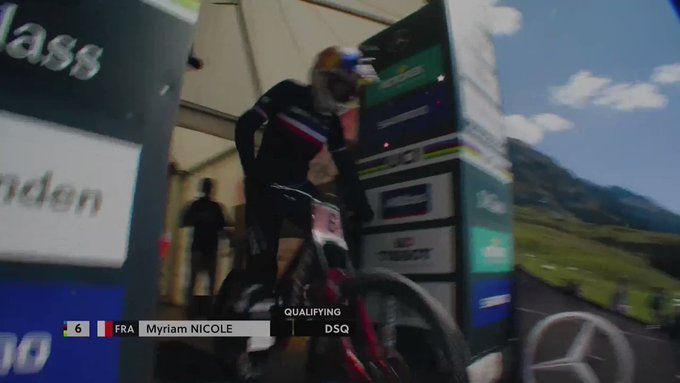 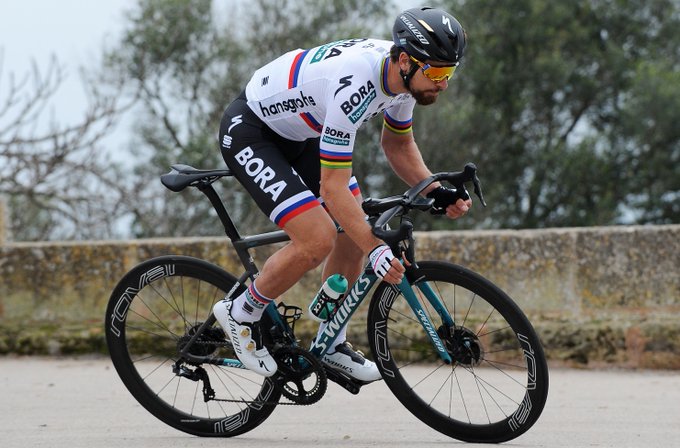 Nibali: No Giro regrets, stage-hunting at the Tour up next

Vincenzo Nibali (Bahrain-Merida) has “no regrets” after a runner-up ride at the Giro. The 34-year-old Italian, twice a winner of his home Grand Tour, said after the race that he had done what he could in pursuit of another pink jersey, but that Carapaz was just too strong.

“I found some great rivals on the road, it was not easy to bring home the victory. Carapaz has shown he has excellent condition and rode well with Movistar,” Nibali said, according to La Gazzetta dello Sport. “Carapaz did not steal anything, on the contrary, he was very strong.”

The final podium of the 2019 Giro d’Italia. Photo: ©kramon

Now, Nibali will try to rest up and recover ahead of his next target, the Tour de France. With one Grand Tour already in his legs, the 2014 yellow jersey says he is not expecting to contend for the overall win in France, but will instead hunt for stage victories and potentially the polka dot king of the mountains jersey.

Kittel reportedly in talks with Jumbo-Visma

After announcing in early May that he would be taking a break from racing and leaving Katusha-Alpecin, Marcel Kittel may be considering a deal with Jumbo-Visma, according to De Telegraaf.

As the Dutch newspaper points out, Kittel worked with current Jumbo-Visma sports director Merijn Zeeman during their time together with the Argos-Shimano organization.

Richard Carapaz has enjoyed his career breakthrough with the Movistar team, taking Ecuador’s first ever Grand Tour win, but he is reportedly likely to head elsewhere for 2020. According to La Gazzetta, the 26-year-old Giro champ – whose contract ends at the conclusion of the season – is in talks to join Ineos next year.

Some reports indicate that Carapaz could be in line to make 10 times more than a current yearly salary of around US$150,000.

It was all about family on the final day at the Giro. Richard Carapaz’s parents surprised the race winner as he wrapped up his big result, making for some heartwarming scenes in the Verona arena. 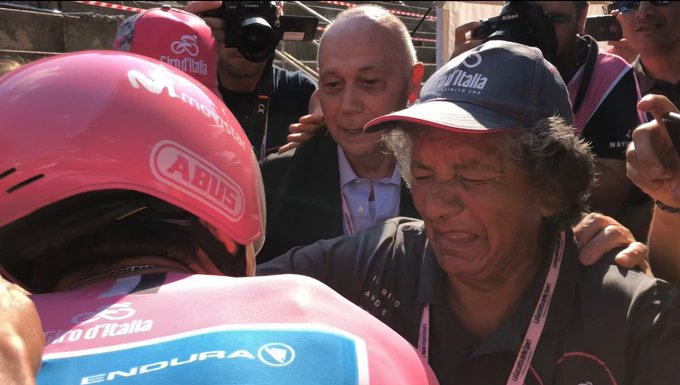 What better way to bid farewell to one of the most beautiful races on the calendar than with a gallery of the compelling scenes from the closing stages of the race?

This just might be the best TDF of all times